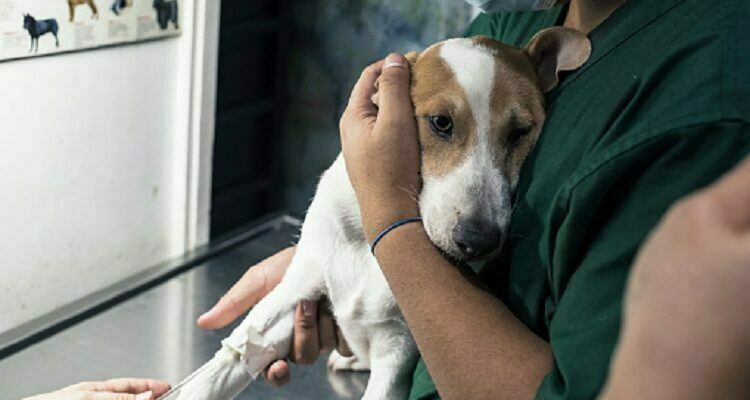 The close relationship between humans and pets including dogs and cats increases the possibility of passing illnesses from humans to dogs and cats or vice versa. Diseases that humans can get from pets are called zoonoses while diseases that pets can get from humans are called reverse zoonoses. Zoonoses are popular and they are known almost for all people. These illnesses could be passed through skin contact either by hand or mouth. Reverse zoonoses may be rare and known by a few people. These illnesses are caused by bacteria, parasitic, viral, or combined pathogens. You can learn about the infections that can be caused by pets, on this website: https://www.4thecure.com

Common illnesses that may pass from pets to humans (Zoonoses)

This disease affects both animals and humans, but it is usually passed by infected animal with rabies through bites. Perth based The Pet Practice says animals suffering from rabies have different symptoms but the most observed one is the sudden change in behavior. In contrast, humans may stay infected with rabies for months without observing symptoms then they notice them. These symptoms include weakness and headache, and the illness may progress to have anxiety and confusion. If you are bitten by a dog, immediately check your condition with a doctor and don’t wait for symptoms to appear because they are always late

Roundworms usually lead to toxocariasis, it is a disease that infects humans and dogs if they swallowed roundworm eggs. Infected animals can pass this disease by milk or colostrum from mothers to her puppies. If puppies were infected, their infection would be easily discovered because they don’t grow up normally. In humans, the disease passes the same like it passes among pets. So, children are the most exposed to the risk of this disease. There are two main forms to consider, Ocular larva migrans and visceral larva migrans. Ocular larva migrans causes inflammation to the retina while visceral larva migrans infects some portions of the human body including the nervous system, the lung and the liver.

Plague is a disease that is caused by bacteria, it infects both people and animals and passes from animals to people through bites or contacting with infected animals. The easiest type of plague is bubonic plague, signs of this disease on humans include headache and swollen lymph nodes. There are two other types but more severe including septicemic plague and pneumonic plague. You can learn about many diseases and health-related problems that you can get by spending excessive time with cats and dogs, on this website: https://www.bloodchronicles.net

How to avoid Zoonoses

Transmission of disease from pets to humans is a common condition, to avoid it you should follow some precautions including the following:

Common illnesses that may pass from humans to pets (Reverse Zoonoses)

Influenza is one of the most common diseases among humans, humans may be exposed to influenza for long periods. During infection, their dogs or cats may also be infected through contacts. So, it is recommended for you to stay in a hospital and far from your pet during your infection by influenza. Symptoms are similar for humans and pets but it may be more dangerous for pets and may lead to death if they weren’t treated immediately.

This dog usually infects humans especially children, then it is passed to pets through direct contact. it leads to fever and headache. Signs of this infection on humans include painful swelling. These signs are the same for infected pets. Thanks to the great efforts excreted by authorities, this infection is rarely seen now by the help of MMR vaccinations. A member of the family who is infected by Mumps should be kept away from pets and other members of the family as possible until being treated.

How to avoid Reverse Zoonoses

Transmission of infections from humans to pets is a rare thing but it should be taken into consideration because once they are transmitted they could be more dangerous on pets even more than humans. The following precautions will keep your pet safe during your infection.

The relationship between humans and pets should be respected, you may not accept the idea of keeping away from your lovely pet, but you should afford to do this in order to avoid common illnesses for your dog, your cat or yourself if there is someone infected.

Visiting an experienced veterinarian can be really helpful when it comes to the health of the pet and correspondingly his owner. In this way, they can diagnose any type of health related problems including the above mentioned and other diseases timely. So that the proper care can be taken timely. These days, the kennel cough is a disease that is highly reported among different types of pets. You can learn about the Kennel Cough by visiting this link: catssavetigers.org

Learn more about the allergies that you can get by interacting with your pets, on this website: www.psychedelicsminds.com

Luxury Interior Design Ideas To Apply On Your Home

How to Conduct PPE Hazard Assessments