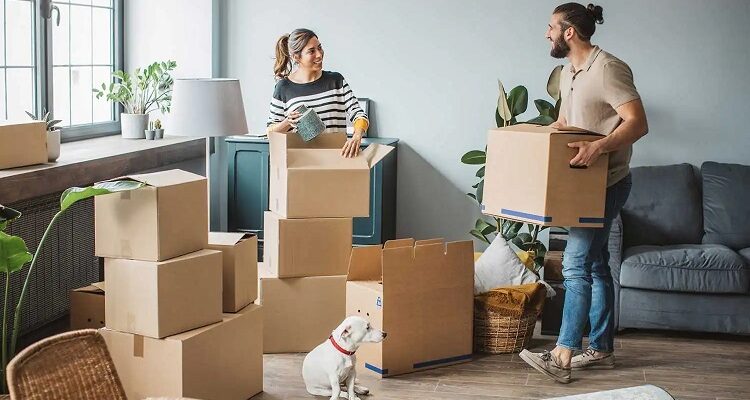 Moving is often one of the more stressful events in someone’s life. And the real irony there is that people often decide to move out of a sense of fun and adventure. But adventure soon turns into monotony as the moving process goes on and on. It doesn’t have to be that way though. One simply needs to pay attention to a few tips and tricks to keep moving as a fun, and affordable, adventure. You can learn about the goods transport services and their possible charges, on this website: http://www.thehomezoo.net

The biggest way to save money during a move is to ensure it’s well planned out in advance. This is the single biggest mistake people make when moving. Almost everyone underestimates how much work goes into moving. It’s basically just human nature. We underestimate just how much living we’ve done in a place. And we also tend to focus more on the new and exciting rather than the path we’ve already traveled. This leads us to dramatically underestimate how much we need to move. This is almost inevitable if someone tries to move while making a rough estimate of their possessions.

Instead, one should follow a moving checklist to properly estimate the size of a move. This is a good starting point. But keep in mind that it’s only the start. Next, people should ensure that they’ve packed everything well in advance. Moving companies will usually charge a lot more if one has incorrectly estimated how much will be carried. The worst case scenario involves need for multiple trips. If a moving company needs to make an extra trip than one will either pay considerably more in money, time, or most likely both.

This is easy to get around though. By packing well in advance one can ensure that the estimate is closer to reality. Most people wait because they think that it’s just not possible to live with everything in boxes. But one should really consider how much is needed for day to day life. It’s usually fairly easy to live with the bare essentials for a week or two. After all, people are often able to do so during camping trips. And doing it in a home instead of outdoors is about as far from roughing it as one could get.

Next, it’s often a good idea to go over one’s bank account. This isn’t to ensure that there’s enough money in there for a move. Though that’s obviously a good idea as well. But the main point of doing so should be to go over all payments for the past few months. Particular attention should be given to any payments related to the home. The intent here is to ensure that all services are scheduled to be shut down or moved to the new location.

If at all possible one should try to leave a day between shut off dates and their start at a new location. This prevents any potential problem from overlap in a utility’s system. One might not think that this is overly likely. But most utility companies are notoriously loathe to upgrade or change their billing systems. And it’s quite common to find that they don’t do very well with multiple locations on a single account.

Finally, one should talk to neighbors at the new location before moving. It’s always a good idea to ask them if there’s anything they wish they knew about the area before moving. This will often alert one to issues with local businesses or systems. Even something like knowing that the local grocery store overcharges for some things can prevent one from making costly mistakes at first. It might seem like a small amount of money at first.

But whether it’s a small moving expense or hiring Allied Movers, there’s a single truth related to moving which one should keep in mind. Basically, costs will always add up over time. Moving tends to be more complicated than expected. And this can be minimized by working everything up to this point into a single plan. But there’s always going to be unforeseen costs and occurrences. By lowering costs in the planning stages one can ensure that there’s time to lower costs afterward as well.

Learn more about the importance of budget planning while improving or renovating the home, on this website: www.allhomedecors.com

The BestTights for Plus-Size Women in 2020

Know the importance of technical support when hosting websites