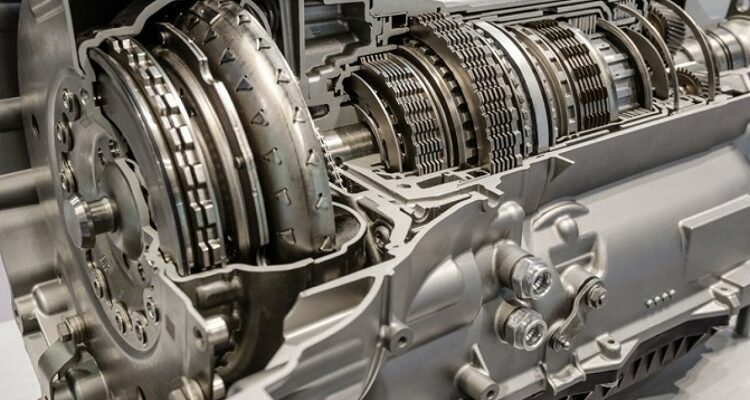 Your car’s dashboard is more like the notification bar on your phone. If there are any problems, you will be notified on the dashboard. A good example is a flashing transmission control unit light. This indicates that there is potential overheating and is triggered by a decline in the fluid pressure. Now, it is worth noting that overheating doesn’t necessarily mean that your torque converter is having problems. However, if it is coupled with occasional slipping while you’re driving, then there could potentially be something wrong with the torque converter.

As mentioned, gear slipping tends to go hand in hand with torque converter problems. Slipping is when your car’s gears don’t engage properly and occasionally slip in and out of sync. It is mostly accompanied by some noises and general shuddering of the car. It is very easy for a worn-out torque converter to slip because of a lack of hydraulic pressure. So, whenever you start your car and feel a shudder followed by a few odd noises when you change gears, there’s a good chance the torque converter isn’t in tip-top shape.

Stall speed is the engine RPM at which the torque converter transfers the engine’s power to the transmission. When the torque converter isn’t working properly, it is unable to seamlessly transfer the engine’s rotational force into hydraulic pressure. In other words, it takes a longer time to transfer engine power to the transmission. As a result, the engine will have to hit more revs before power is finally transferred. This is what we call an increased stall speed.

The torque converter is usually filled with ATF (Automatic Transmission Fluid), which serves a variety of functions, including lubrication. When you notice that the fluid contains sludge, grime, or some debris, then you have torque converter problems. Even when it has been used for a long time, ATF will never have sludge or grime if everything in the system is working as it is supposed to. However, it is also important to get high-quality ATF so as to avoid a false diagnosis.

If you see any of these signs, the best thing is to consult your trusted mechanic. They should be able to advise accordingly on how to handle the situation to avoid further damage. Get detailed information about various components of vehicle engines, on this website: https://carautoinsurancequotes2013.com

Learn more about different components and parts of the vehicle, on this website: www.carautoinsurancequotes2013.com

What are things I need in my car insurance

Efficient And Reliable Car Service That Every Car Owner Needs